This large wooden propeller has been with the museum for a number of years and is understood to be from the engine of a German Zeppelin airship of World War One. However, despite many enquiries the museum has been unable to obtain 100% confirmation of its origin.

The German Zeppelin Company commenced the development of rigid airships in 1900 and they entered commercial service in 1910. The German Army and Navy soon placed orders enabling Zeppelins to be ready for military use on the outbreak of World War One. Carrying a crew of twenty, they were used on bombing missions with early attacks being made on Belgium and France.

Zeppelins first attacked Britain during a bombing raid over Norfolk in January 1915. London was first bombed in May 1915, with attacks continuing throughout the war. Such attacks were frequently in force, with up to fifteen Zeppelins taking part. The Germans found that the main problem with such raids was the strong winds encountered which blew the Zeppelins off course. Operating higher than normal aircraft the British fighters initially found it difficult to shoot them down.

By 1917 improved fighters entered service with the Royal Flying Corps and were able to reach the Zeppelins. Another problem was that the bullets initially used did not set fire to the hydrogen filling the Zeppelins, as had been expected. So special incendiary bullets were developed in order to bring down the deadly airships. Britain used smaller airships during World War One mainly on patrol sorties, developing large bomber aircraft to attack. P and Q class Zeppelins were operated by both the German Army and Navy. The class was obsolete by 1917 and most of the craft that had not been lost to accidents or enemy action had been dismantled by the end of September I 7. 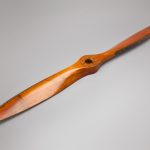