With a new generation of jet fighter entering service in the 1950s more up to date armament was needed to replace wartime guns. Developed by the Royal Small Arms Factory at Enfield from the German wartime Mauser MG213c, the 30mm Aden cannon was widely used. Capable of firing 1,200 — 1,700 rpm, the Aden entered service with the RAF early in 1954. The first fighter to use the Aden was the Swift, soon followed by the Hunter. Others RAF fighters included the Javelin. Scimitar, Jaguar and Harrier (which carried its Adens in under fuselage pods).

With the increased speed of fighters their guns and cannons were no longer effective. The Firestreak was Britain’s first generation passive infrared air to air homing missile, developed in the early 1950s by de Havilland Propellers. First known as Blue Jay, test firing were carried out in 1955 and the missile entered service with the RAF and Royal Navy as the Firestreak. Its Magpie solid fuel rocket motor gave it a speed of up to Mach 3, a range of 6.4 km, being guided to its target by an infrared cell in its nose. Firestreaks entered service on the Javelin FAW7 in July 1958, followed by the Sea Vixen in July 1959 and Lightning in June 1960.

Chaff is small strips of aluminium, glass fibre or plastic. When released it is picked up by the enemy radar or missile to confuse them as to the position of the source. Originally developed in World War Two when large amounts of ‘Window’ would be released to give the German radar the impression of a large force of aircraft approaching when, in fact, there were none. Chaff pods were carried by the likes of Tornados and F-15 Eagles. Operational training was provided by Bournemouth based Cobham Aviation Services with their fleet of Falcon 20s which carry the dispensers.

Developed in France, the rocket pod carries eighteen folding fin 68 mm unguided rockets, which can be fired sing y or in multiple. SNEB manufactures the rockets and Matra the pod — hence the system frequently being referred to as a Matra Pod. The rocket pods entered service from the late 1950s and were used by NATO and many Air Forces around the world. They have been fitted to RAF Hunters, Canberras, Lightnings, Buccaneers, Jaguars and Harriers. However, current fighters have more up to date weapons systems. 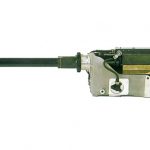 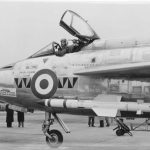 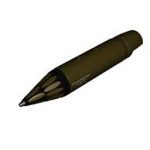