Our Percival Provost has a very interesting history. It was acquired by Bournemouth Aviation Museum in 2005 and during the renovation by Museum staff we discovered that it was actually a composite of two different aircraft:  the fuselage is from WW450 and the wings are from WW421. For a number of years it was displayed as WW421 but it has now been restored to the correct registration of WW450 in the colours of No 3 Flight Training School (FTS).

WW450 Percival Provost (cn PAC/F/265) was built by Percival Aircraft at Luton and delivered to the RAF in March 1955. It operated with No 3 FTS at Feltwell until the school closed in May 1958.
In 1960 it was fitted with the wings of WW421 by 4 SoTT at RAF St Athan and assigned a maintenance serial number of 7689M RAF.  It was apparently common practice on the Provost to change the wings after about 2000 flying hours as that was their flying time limit. In 2001 it was placed on the civil register as G-BZRE with the intention of becoming airworthy again, but it never flew and arrived at Bournemouth Aviation Museum in 2005.

The Percival Provost aircraft was designed by Percival Aircraft to meet the RAF’s requirement for a sturdy basic trainer. This necessitated all metal construction, a robust engine and strong undercarriage, with instructor and student seated side-by-side in the cockpit. The prototype flew from Luton in February 1950 and subsequently the RAF placed an initial order for 200 in 1951.

A new style of training was introduced whereby pilots commenced training on the Provost and then moved on the Vampire Trainer jet. Provosts entered service with the Central Flying School at South Cerney in May 1953, followed by No 6 FTS at Ternhill. Provosts were used by five RAF Flying Training Schools, the RAF College at Cranwell and various University Air Squadrons. The Provost proved straightforward to fly, was well suited to aerobatics and possessed an exceptional rate of roll. The Provost did not remain in RAF service very long as Percival had quickly developed the Jet Provost, which first flew in 1955 and entered service in June 1959.

The last FTS to use the Piston Provost was No 6 FTS which retired them in August 1962. Provosts were also used by a number of overseas air forces, including Southern Rhodesia, Burma, Malaya and Ireland. Percival developed an armed version with strengthened wings to carry underwing rockets and light bombs, which was supplied to Oman, Sudan and Iraq. 397 However, many of the later export orders were completed with surplus RAF aircraft. Since introduction of the Piston Provost began in 1953, a total of 461 aircraft were manufactured with 397 for the RAF and 64 for export. 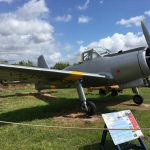 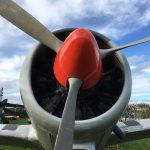